Last month, the Annie E. Casey Foundation released the 2017 KIDS COUNT Data Book, providing an annual snapshot of how America’s children and families are faring in every state and across the nation. In it, Nebraska received an 11th place ranking in overall child well-being. Over the past few weeks, we have been investigating the Data Book and how Nebraska kids are faring in each domain. So far, we have examined the Economic Well-being of Nebraska kids and Nebraska kids Educational Well-being. Today we will take a look at our lowest scoring domain – Health.

Children’s health is the foundation of their overall development, and ensuring that they are born healthy is the first step toward increasing the life chances of disadvantaged children. Poverty, poor nutrition, inadequate housing, lack of preventive health care, substance abuse, maternal depression and family violence put children’s health at risk. Poor health in childhood affects other critical aspects of a child’s life, such as school readiness and attendance, and can have lasting consequences on his or her future health and well-being. Nebraska ranks in the middle of all states when considering the four health indicators with a 25th place ranking. 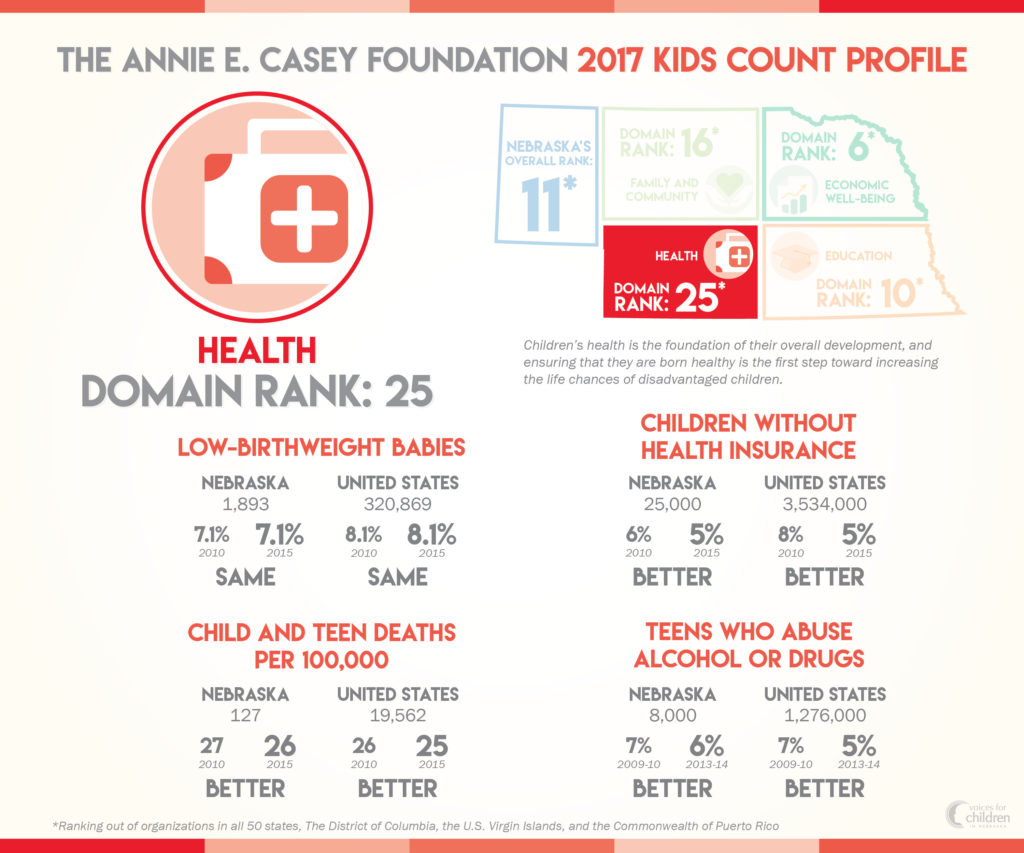 Nebraska remained the same or saw improvements in all four indicators in this domain and showed similar trends to the nation as a whole.

Your ticket for the: Kids Count National Data Book: Health