Last month the Annie E. Casey Foundation released the 2017 KIDS COUNT Data Book, providing an annual snapshot of how America’s children and families are faring in every state and across the nation. In it, Nebraska received an 11th place ranking in overall child well-being. Over the past few weeks we have been investigating the Data Book and how Nebraska kids are faring in each domain. So far we have examined the Economic, Educational, and Healthful Well-being of Nebraska kids. Today we will wrap up this series with the final domain – family and community.

Children who live in nurturing families and are part of supportive communities have better social-emotional and learning outcomes. Parents struggling with financial hardship have fewer resources to invest in children and are more prone to stress and depression, which can interfere with effective parenting. These findings underscore the importance of two-generation strategies that strengthen families by mitigating their underlying economic distress, while addressing the well-being of children. Where families live also matters. When communities have strong institutions and the resources to provide safety, good schools and quality support services, families and their children are more likely to thrive. Nebraska ranks moderately well in this domain at 16th place. 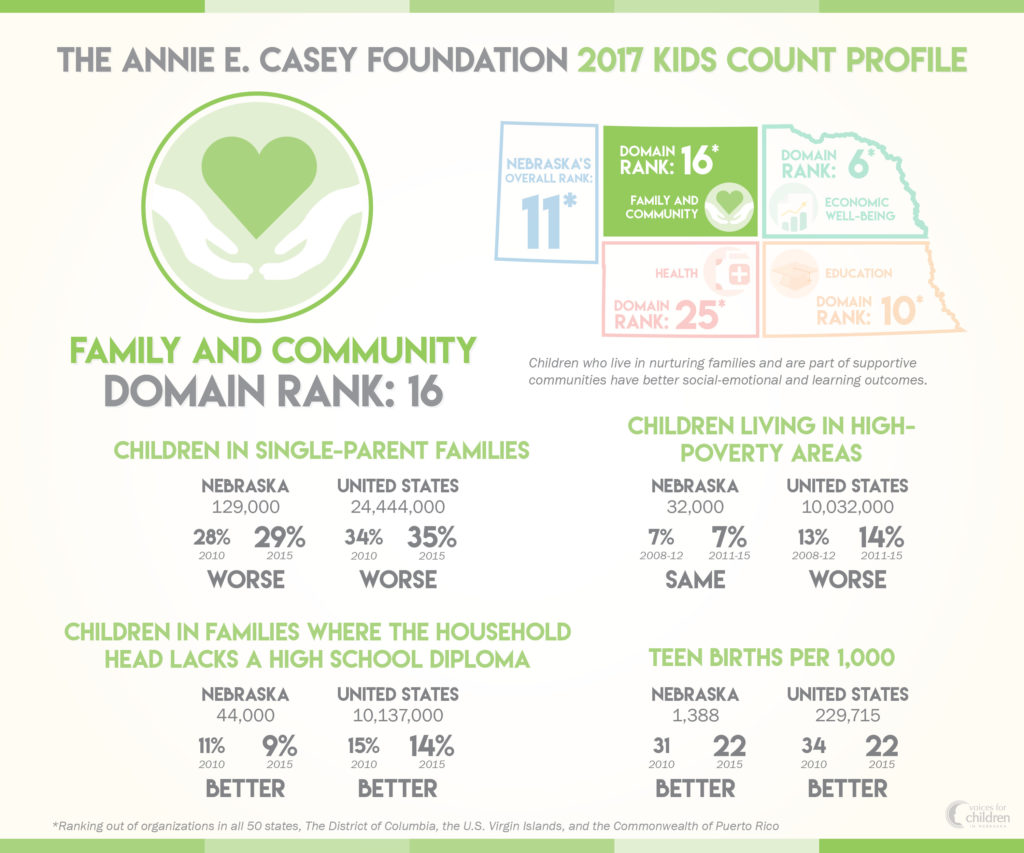 In this domain, Nebraska saw improvements in 2 indicators, remained the same in 1, and a worsening in 1.

Your ticket for the: Kids Count National Data Book – Family and Community