Two weeks ago the Annie E. Casey Foundation released the 2017 KIDS COUNT Data Book, providing an annual snapshot of how America’s children and families are faring in every state and across the nation. In it, Nebraska received an 11th place ranking in overall child well-being. Today, and over the coming days and weeks, we will further investigate the Data Book and how Nebraska kids are fairing in each domain.

Today, we will look at our best performing domain – economic well-being. To help children grow into successful, productive adults, their parents need well-paying jobs, affordable housing, and the ability to invest in their children’s future. When parents are unemployed or earn low wages, they are limited in the investments they can make in their children’s development, which can undermine their children prospects of success in school and later economic success as adults. The negative effects of poverty on children also increase the chances of poor outcomes for youth and young adults, such as teen pregnancy and failure to graduate high school. Nebraska typically ranks quite high in this domain, and this year is no different. Our state received a 6th place ranking in economic well-being 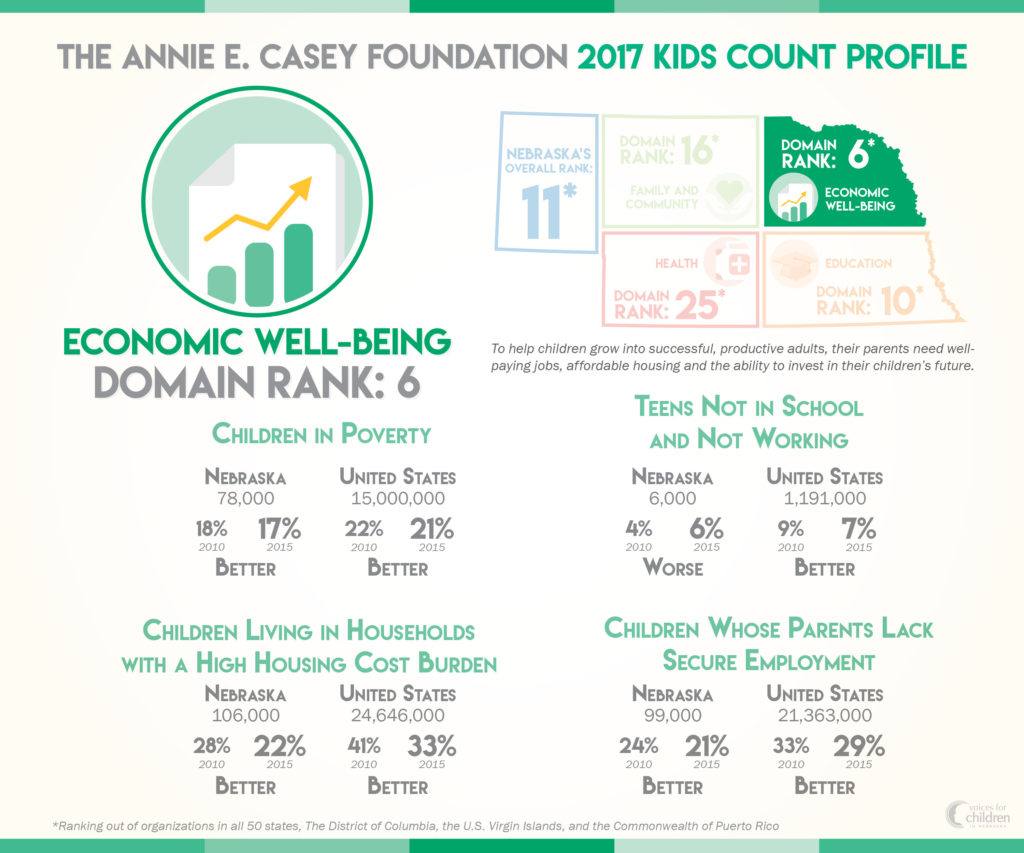 Of the four indicators in this domain, Nebraska saw improvement in three from five years ago with the percent of teens not in school and not working being the only with worse numbers.