Two weeks ago the Annie E. Casey Foundation released the 2017 KIDS COUNT Data Book, providing an annual snapshot of how America’s children and families are faring in every state and across the nation. In it, Nebraska received an 11th place ranking in overall child well-being. Today marks the second post further investigating the Data Book and how Nebraska kids are fairing in each domain. We kicked off Monday with the Economic Well-being of Nebraska kids and continue today with Education.

The early years of a child’s life lay the foundation for future success. Establishing the conditions that promote educational achievement for children is critical, beginning with quality prenatal care and continuing into the early elementary school years. With a strong and healthy beginning, children can more easily stay on track to remain in school and graduate, pursue postsecondary education and training and successfully transition to adulthood. Yet the United States and Nebraska continue to have significant gaps in educational achievement by race and income. Addressing the achievement gap will be key to ensuring our future workforce can compete on a global scale. Nebraska ranks well in the education domain with a 10th place ranking of best education well-being among children. 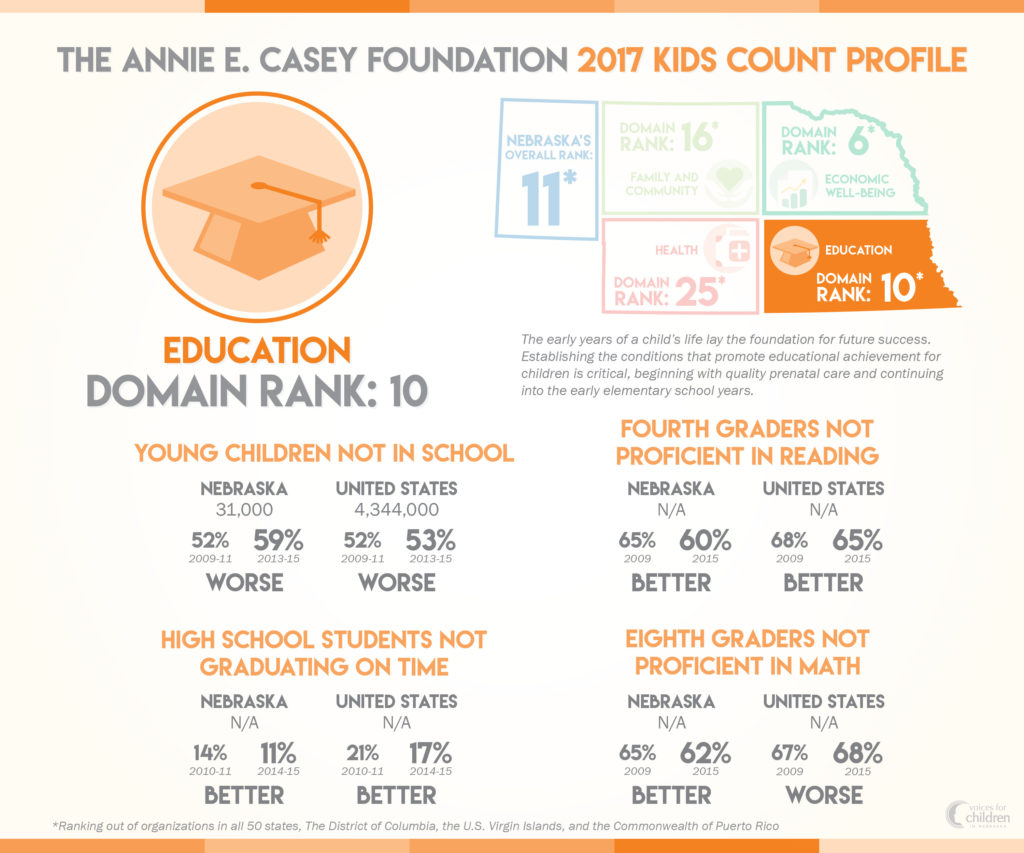 Of the four indicators in this domain, Nebraska saw improvement in three from five years ago with the percent of young children not enrolled in school being the only with worse numbers.

Your ticket for the: Kids Count National Data Book: Education