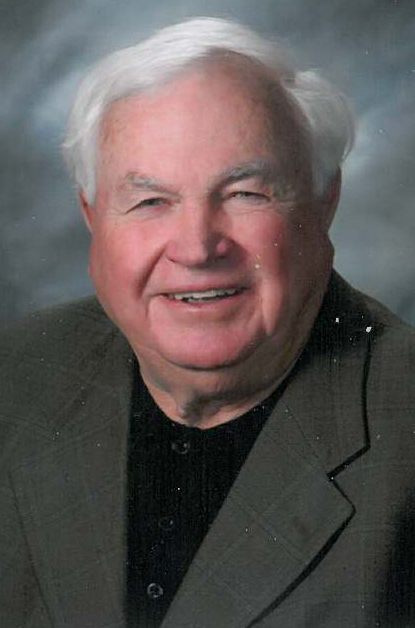 On September 28, Voices for Children in Nebraska will honor those who have made an exceptional impact in making Nebraska a great place to be a kid. Today, we’re shining the spotlight on the 2018 Champion for Children Award winner, D. Paul Hartnett.

“If you find faults with our country, make it a better one. If you’re disappointed with the mistakes of government, join its ranks and work to correct them. Enlist in our armed forces. Become a teacher. Enter the ministry. Run for public office. Feed a hungry child. Teach an illiterate adult to read. Comfort the afflicted. Defend the rights of the oppressed. Our country will be the better, and you will be the happier. Because nothing brings greater happiness in life than to serve a cause greater than yourself.” – Senator John McCain

Paul dedicated his life to service, in education, and to the community. He grew up the eldest son of four on the family farm in Hubbard, NE and he could have stayed on the farm, but he was inspired to make a difference on other lives through education. He attended Wayne State College where he was a successful middle-weight boxer. In January of 1951, Paul married the love of his life, Marjorie Sheehan. The newlyweds returned to Wayne State to finish their education degrees.

Paul began his long-standing career in education as a classroom teacher and coach, then as an administrator in Brunswick, NE and in Hubbard, NE. In 1958, Paul, Marge, and their four daughters moved to Bellevue where Paul would make a lasting impact on the school district and on the community. While serving as an administrator for the Junior and Senior High, Paul completed his doctorate at UNL, Marge completed her Master’s degree and the family welcomed their only son, Michael.

In 1966 Paul accepted a position at Creighton University where he spent the following 38 years as a professor in Education, mentoring countless future teachers and administrators. While working at Creighton, Paul remained active in Bellevue, serving on the School Board for 18 years. Hoping to make a greater impact, Paul spent the following 20 years as the State Senator for Bellevue. For 38 years, Paul and Marge were staples at every Bellevue community event, whether for the Volunteer Fire Dept., the downtown parade or the Jaycees fish fry. As their Senator, he was instrumental in expanding the Kennedy Freeway to Bellevue and in the tourism tax authority to benefit all communities. This year, Paul will complete his tenth year as a member of the Learning Community of Douglas and Sarpy County.

Paul has always had a strong conviction in helping those less fortunate through his service and involvement in countless organizations, such as the Bellevue Housing Authority, Eastern NE Community Action Partnership, St Mary’s College Mothers Living and Learning Program, St Augustine’s in Winnebago, a Scholarship at Creighton for Native Americans and weekly food deliveries to homeless shelters. Paul is an active member of his church and for over 50 years has spent Sunday evenings in his hour of perpetual adoration St. Mary’s in Bellevue.

After 67 years of marriage, Paul lost Marge, but remains surrounded by his loving family of 5 children, 9 grandchildren, and 3 great-grandchildren.

Your ticket for the: Honoring D. Paul Hartnett