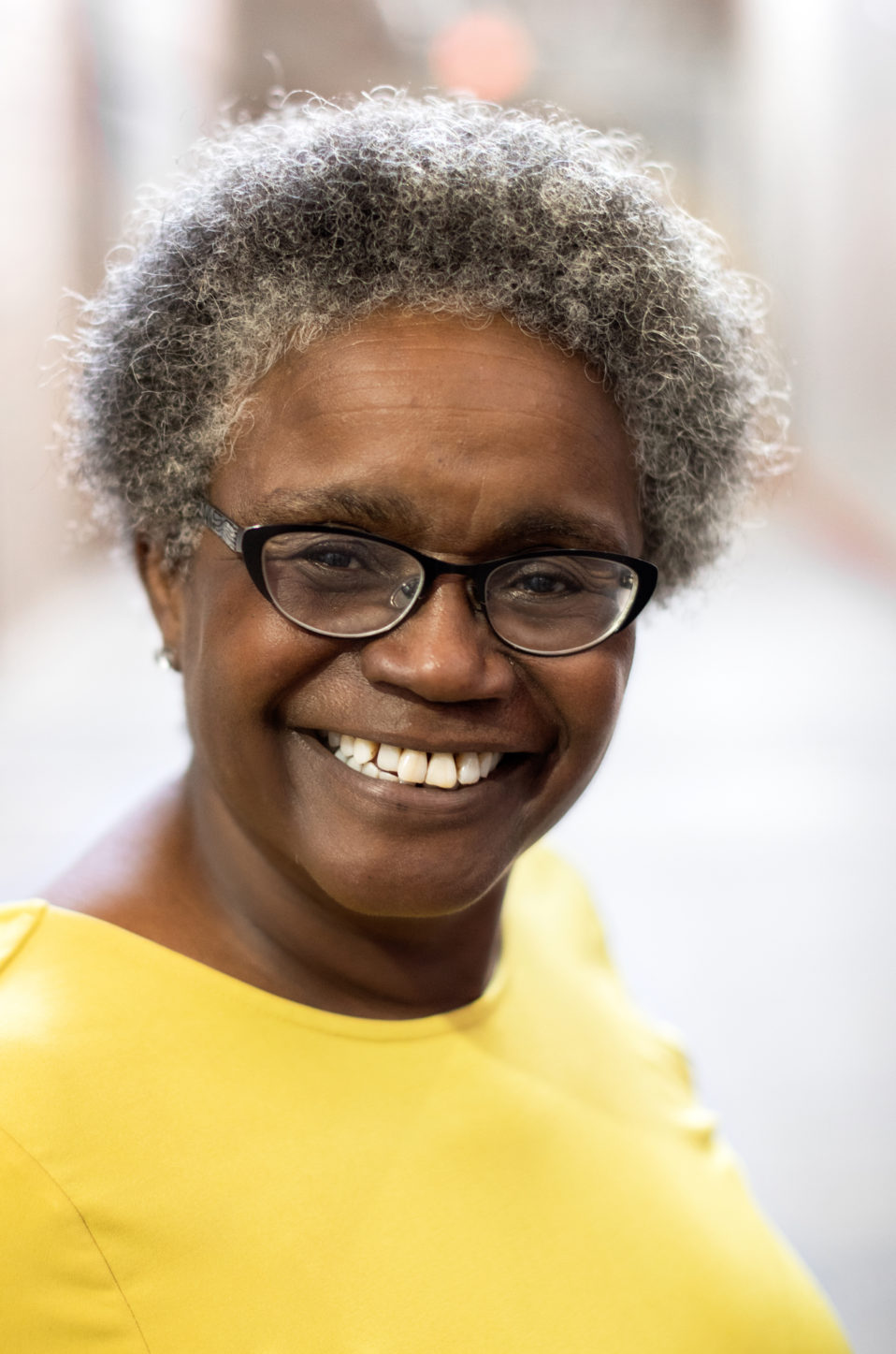 On October 4, Voices for Children in Nebraska will honor those who have made an exceptional impact in ensuring Nebraska is the best place to be a kid. Over the next several weeks, we will highlight the 2019 Spotlight Gala honorees. We’ll begin the series today with our Champion for Children Award winner, Brenda Council.

Brenda J. Council is a native of Omaha, Nebraska. Upon graduation from Omaha Central High School (1971), Ms. Council enrolled at the University of Nebraska-Lincoln, where she earned a Bachelors of Science Degree, With Distinction, in Secondary Education in 1974. Ms. Council received her Juris Doctor Degree from Creighton University in 1977.

Ms. Council began her legal career in 1977 as a Field Attorney with the National Labor Relations Board in Kansas City, Kansas. She returned to Omaha in 1980 to accept a position in the Legal Department of Union Pacific Railroad. During her 18 year tenure with Union Pacific Railroad, Ms. Council served as Senior Contracts Counsel, Senior Real Estate Counsel and Senior Labor Counsel.

Ms. Council left Union Pacific Railroad in 1998 to join the Kutak Rock law firm. She was a partner at Kutak Rock when she left in 2002 to join the law firm of Polk, Waldman, Wickman & Council. Ms. Council was associated with the Whitner Law Firm, P.C., LLO, in an “Of Counsel” capacity, from 2004 until 2009.

Ms. Council was admitted to practice in the federal, district, county and juvenile courts in the State of Nebraska. She was also a member of the bar of the United States District Court for the Districts of Colorado and Wisconsin, the United States Court of Appeals for the 5th, 7th, 8th, 9th and 10th Circuits, and the United States Supreme Court. Ms. Council was appointed as a judge on the Nebraska Commission of Industrial Relations in 2001 and served until 2005. She taught the Labor Law course one semester at Creighton Law School.

Ms. Council is the only African American woman to ever serve on the Omaha City Council, having been elected in 1993. She served on various City Council committees and was elected to represent the City Council on the Douglas County Land Reutilization Commission.

Ms. Council unsuccessfully campaigned for mayor of the City of Omaha in 1994. Undaunted, Ms. Council ran for mayor again in 1997, losing by less than 800 votes.

On the day that history was made nationally with the election of Barack Obama as the 44th President of the United States America, Ms. Council was a part of making history in the State of Nebraska by being one of the first African American women ever elected to serve in the Unicameral. As a State Senator, Ms. Council represented the 11th Legislative District and was a member of the Agriculture, Business and Labor, Judiciary and Education Committees.

Ms. Council served for over 6 years as the facilitator of the Omaha Superfund Community Advisory Group (CAG), which provided input to the EPA on the remediation action and advocated for the creation of OHKA. Omaha is the largest residential Superfund site in the nation.

Ms. Council recently retired as the Adolescent Health Manager for the Women’s Fund of Omaha, where she led a community-wide effort to prevent STDs and teen pregnancy.

Ms. Council and her husband of 34 years, Otha, have an adult son and five grandchildren.

We’re thrilled to honor Brenda with a Champion for Children Award! Get your tickets to the Spotlight Gala by Friday, September 20: https://voicesforchildren.com/2019-spotlight-gala/

Your ticket for the: Spotlight Series: Brenda Council