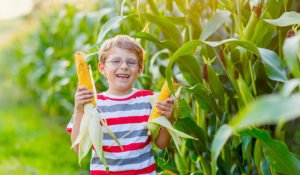 As we gather to give thanks for the blessings in our lives and the food on our tables, let us all take the time to appreciate the programs that help feed and strengthen our communities for struggling families.

Here in our nation’s breadbasket, 1 in 7 Nebraska families struggles to put food on their tables. With the help of the Supplemental Nutrition Assistance Program (SNAP), 176,000 Nebraskans, including 87,000 children, were able to keep food on their table last year.

Recognized as one of the most effective anti-hunger programs in the country, SNAP lifts 16,000 Nebraska children out of poverty annually. Not only does SNAP fight against hunger and help to reduce poverty for Nebraska families, the program also benefits Nebraska’s economy. Every dollar in SNAP benefits generates an additional $1.73 for local businesses and communities. 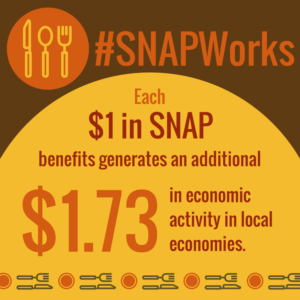 While SNAP has had a great history of helping our community flourish, there are opportunities to strengthen the program’s ability to improve the quality of life for all of Nebraska’s vulnerable children and hardworking families. In Nebraska, it is not uncommon for a slight increase in income to sacrifice a family’s eligibility for SNAP. This past year, LB 358 was introduced by Senator McCollister to address the “cliff effect,” which traps too many Nebraska families into having to choose between feeding their children or accepting a small promotion or raise. If passed, LB 358 would have offered a common-sense solution strengthen Nebraska’s workforce by easing the cliff effect.

At the federal level, the latest tax reform efforts compromise the future of the SNAP program and its critical role in the health of families and communities. The proposal is estimated to increase the national deficit by $1.5 trillion, which is certain to force unprecedented cuts to SNAP.

Your ticket for the: SNAP Feeds Nebraska