On The Backs Of Children: Skinny Budget 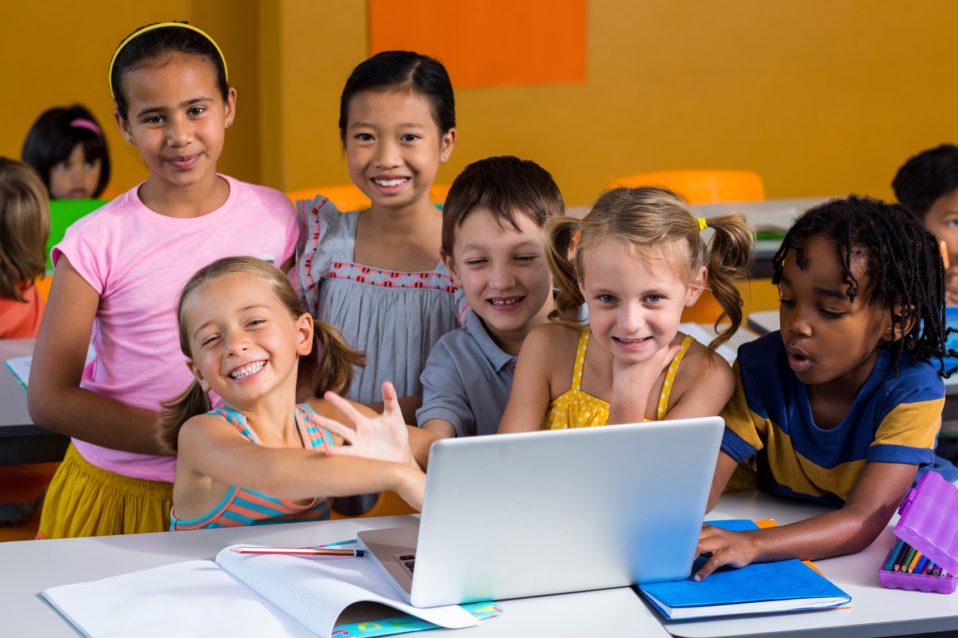 Voices for Children believes that successful stewardship of our state is not just about looking at where we are today, but thinking about where we want to be tomorrow. Cutting funding to programs that have been extremely beneficial to children is concerning to us. In the first of a series of posts, we will examine the impact some of the Trump Administration’s proposed 2018 budget cuts would have on children and low-income families.

The federal budgeting process begins each year with a budget request submitted by the President In February. From there, the recommendations are considered in Congress in number of steps before it passes appropriations bills that ultimately fund federal programs. This year’s budget blueprint proposes an unprecedented shift in funding priorities by increasing defense spending by $54 billion. Instead of raising taxes or increasing the federal deficit, the President has proposed tremendous cuts elsewhere to pay for the boost in military spending. Many of these cuts are from important programs that have long reflected a collective investment in the future of children and working families.

President Trump’s top-line budget proposes cutting funding for the Education Department by 14% from last year, to $59 billion. The budget proposes changes in funding to various programs, including the elimination of the 21st Century Community Learning Centers program, which provides before-school, after-school, and summer programs for over 1.6 million low-income children. Quality after-school programs boost students’ academic performance and help them remain safe during non-school hours. Eliminating after-school and summer programs would have the largest effect on low-income children, who benefit the most from such programs.

The skinny budget proposes cutting $12.2 billion from the US Department of Health and Human Services budget for 2018, a 16% decrease from 2017. These cuts include the elimination of the Low Income Energy Assistance program, which helps 6.3 million low-income families in 2014 avoid having to choose between “heat or eat” by providing assistance with heating and cooling costs. This assistance is especially important during the coldest and warmest times of the year, where heating costs can comprise nearly 1/3 of a low-income family’s budget.

President Trump’s proposal also includes the elimination of the Community Services Block Grant, which provides funding for services including food programs, housing, abuse prevention, early childhood education, and health programs. In Nebraska and other states, services are provided through local Community Action Agencies. Funding for Housing Assistance would also be cut under the skinny budget, leading to evictions and higher rates of homelessness for families.

The budget also proposes cutting $200 million for Women, Infants, and Children (WIC), a program that provides nutrition assistance for women and young children. These programs ensure that low-income families do not have to make difficult decisions between paying bills and feeding their families. WIC has been shown to improve children’s diets, decrease infant mortality rates, increase immunizations and well child visits, decrease childhood anemia, and improve cognitive and behavioral function in child participants. Cuts to these programs that provide vital support to low-income families would lead to increased financial hardship for families, to the detriment to many children.

President Trump’s skinny budget includes a 4% decrease in funding for the Justice Department, but does not include specific proposals for juvenile justice funding. As President Trump and Congress develop the 2018 budget, funding changes might occur to vital juvenile justice programs, specifically the Juvenile Justice and Delinquency Prevention Act, which is up for re-authorization. Because the House has previously sought to eliminate funding for the program and many do not consider the Act essential, funding is at risk for elimination.

These are just a few of many proposed cuts in President Trump’s skinny budget. Because this is a preliminary budget, some of the proposed cuts could change and more cuts are likely to be proposed in the future. If you share our concerns or have other concerns about the proposed budget cuts, we urge you to contact your US Senators and Representative to let them know you oppose these cuts.

Your ticket for the: On The Backs Of Children: Skinny Budget

On The Backs Of Children: Skinny Budget