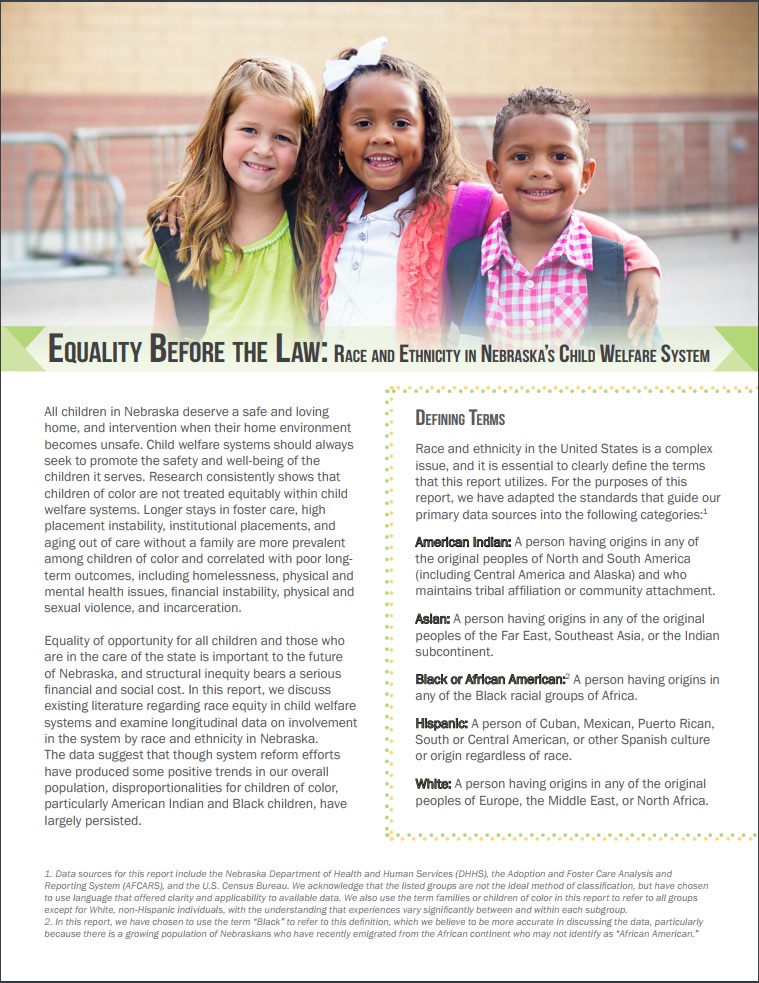 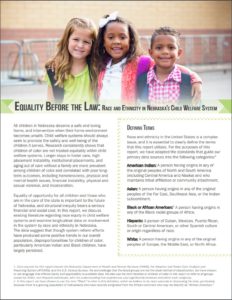 The Nebraska state motto, “Equality Before the Law,” was chosen as a founding principle for our state, rooted in the belief that the laws that govern us should treat all people equally, regardless of the color of their skin. At Voices for Children in Nebraska, the state motto also guides our work in ensuring that all children have the opportunity to grow up to be happy, healthy, and successful adults.

As a part of our commitment to addressing the systemic racial inequity that we observed in the data through policy advocacy, we created the Index of Race and Opportunity for Nebraska Children in 2015. The Index, which is updated annually in our Kids Count in Nebraska Report, continues to show that our nation’s history of policymaking has created many barriers to opportunity for children across multiple systems.